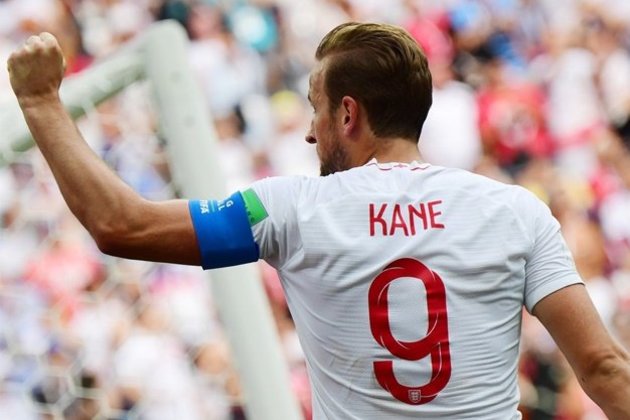 England defender Kieran Trippier insists Harry Kane will silence the critics after the striker's frustrating start to Euro 2020 sparked calls for him to be dropped.

Kane was substituted after failing to score in England's first two Group D matches against Croatia and Scotland.

The England captain has yet to register a shot on target and there have been mounting questions about his role in the side following his subdued display in Friday's drab 0-0 draw with Scotland.

Although England remain on course for the last 16 heading into Tuesday's clash against the Czech Republic, they need Kane to recapture the form that saw him finish as the Premier League's top scorer with 23 goals this season.

Atletico Madrid right-back Trippier played with Kane for several years at Tottenham and is sure he will get back on track soon.

"Harry has had an unbelievable season with Spurs. He is working hard in training and it is about getting the chances to him.

"With Harry, he works so hard for the team and people might not recognise what he does off the ball.

"He is our captain, our leader, a big player for us and we just need to create chances for him to score goals. We need to get him on the end of chances."

England's uninspired attacking displays so far have limited them to one goal and only three shots on target in their two matches.

Trippier conceded there is still plenty to work on for Gareth Southgate's side, but he doesn't see any reason to panic.

"Two clean sheets, four points on the board, we know we can do better but we are on four points, in a good position," he said.

"Everyone is feeling good and calm and everyone is looking forward to the Czech Republic on Tuesday.

"We are in a good position. We have to look forward to Tuesday and get the three points."

Trippier was used out of position at left-back against Croatia before being dropped to make way for Luke Shaw in the Scotland game.

The 30-year-old is happy to do whatever it takes to help the team as England chase their first major tournament triumph since the 1966 World Cup.

"We have got a really good squad. Nobody was complaining. In tournament football everyone needs to be there for each other. If I play left-back I will give 110 percent. The most important thing is the team," he said.

"I have not played loads of games at left-back but I feel I am experienced enough to play on either side. If I am playing, no matter what position, I will always give 110 percent.

"I don't mind playing left or right, it doesn't bother me."