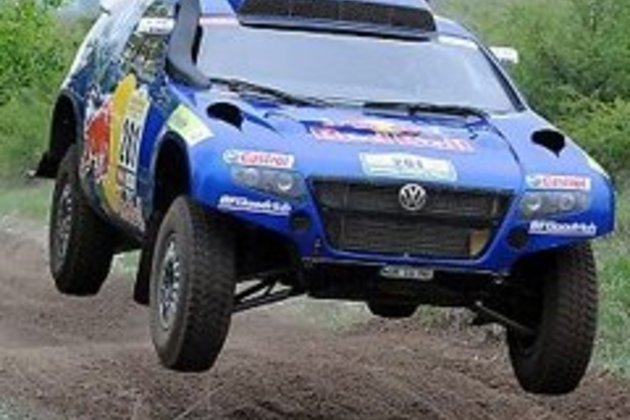 Paris - Dakar Rally organisers on Wednesday unveiled the route for the controversial 2020 edition, a 12-day marathon through the Arabian desert starting January 5.

Former two-time Formula One world champion Fernando Alonso will be on the starting line among the 351 vehicles taking part in the race that has switched hemispheres after being staged for years in Latin America.

Organisers admit that they had qualms about bringing one of motor racing's most gruelling adventure rallies to the Middle Eastern country which has been under fire over human rights abuses and its involvement in the war in Yemen.

"It is a new country and a new continent for the rally," David Castera, the course director told AFP at the unveiling in Paris, admitting there was "hesitation" before the decision was taken to switch to Saudi Arabia

The Dakar started its history as a rally between Paris and the capital of Senegal in West Africa, then switched to South America when security became a concern. Organisers say it will remain in the Arabian peninsula for at least five years.

"We had some reflection (about the switch to Saudi Arabia," said Castera.

"But we received many assurances from the country and we know there is a desire to open up to (the outside world). The Dakar is not the first (sports event) to go to Saudi Arabia. Lots of people are going."

The 2020 Dakar will set off from Jeddah on January 5 and end 7 800km and 12 days later in Qiddiya. The race will be "a real battle" said Castera, involving 5 000km of special stages with five of them exceeding 450km.

Last year's winner Nasser al-Attiyah of Qatar is among the favourites in his Toyota with Carlos Sainz and Stephane Peterhansel, a 13-time winner in bikes and cars, expected to challenge strongly in their Minis.

The focus will also be on Alonso, the Formula One champion in 2005 and 2006 who is seeking new challenges in motor sport and singled out the Dakar as one of the toughest of them all.