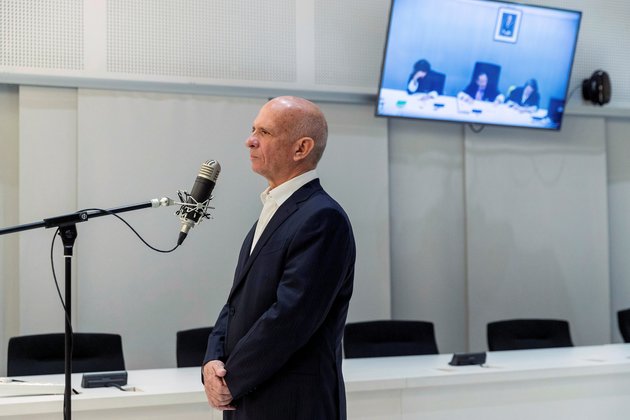 "They are currently looking for him," said a spokeswoman for Spain's national police. Carvajal is also known as El Pollo, or the chicken. Police had gone to his house in Madrid after a court in the Spanish capital reversed an earlier judicial decision rejecting the extradition request.

Spain Says ex-Venezuelan Spy Chief Wanted by US is Missing Police told The Associated Press that its officers have been unable to find Maj. Gen. Hugo Carvajal

But they could not find Carvajal, who served as an intelligence chief under the late Venezuelan leader Hugo Chavez and Chavez's successor, Nicolas Maduro. Carvajal's lawyer, Maria Dolores de Arguelles, told AFP news agency she does not know where her client is now but also complained she had "not been informed" her client would be rearrested.

Full details of Friday's ruling have not been made public, but lawyers close to the case say the details provided by U.S. authorities about a shipment of 5.6 tons of cocaine from Venezuela to Mexico aboard a U.S.-registered DC-9 aircraft proved crucial. The jet was intercepted by Mexican authorities and forced to land.

On Monday, Carvajal denied press reports that the judicial authorities had reversed their decision on his extradition case.

"In light of the rumors in the press, my lawyers went to the National High Court on Friday and on Saturday and they are also checking the official notification system constantly. As of now, neither my lawyers nor myself have been officially notified of any official resolution on my case," he tweeted.

Since then, he has been silent.

The U.S. law enforcement has long sought Carvajal, who was stripped of his rank earlier this year by Venezuela's beleaguered president, Nicolas Maduro, and accused of treason. His offense had been to announce his support of opposition leader Juan Guaido and to call on the country's military forces to break ranks with Maduro.

In last year's elections in Venezuela, Maduro claimed he won with almost 70% of the vote, but they were widely seen as rigged and led many Western and Latin American governments to recognize Guaido as the country's rightful ruler. While in custody in Spain, Carvajal maintained a drumbeat of criticism of Maduro - and of ridicule. He disclosed among other things that Maduro had spent hundreds of thousands of dollars consulting "santeros," the priests of the Afro-Cuban Santeria religion.

Some Western intelligence officials say Carvajal's break with Maduro was self-serving and more to do with his calculation that Guaido would eventually win out in the standoff with Maduro. "He sought to curry favor with Washington, hoping that would save him form a long prison term," a Spanish security official told VOA.

Carvajal has lived a charmed life in recent years and turned into a Latin American Scarlet Pimpernel. In 2014, he was held for three days on the Dutch Caribbean island of Aruba on U.S. charges of drug-running but was released when the Dutch government decided it wanted to avoid a diplomatic confrontation with Caracas. Carvajal formally had diplomatic immunity as he arrived on the island to take up a consular post.

He flew home and was greeted as a hero by the socialist government.

"He's returning free and victorious. It's a triumph for sovereignty and legality," President Maduro announced.

U.S. law enforcement agencies allege Carvajal was the point man for the Venezuela government with drug cartels in Colombia. Among other allegations, Washington claims he coordinated with Colombia's leftwing FARC rebels to protect cocaine shipments from Colombia's cartel of the north. The narcotics were sold in the U.S..

Carvajal first met Hugo Chavez in 1980 at the military academy of Caracas, where Chavez was his instructor. Carvajal was a prominent member of the 1992 coup attempt organized by Chavez against the government of Carlos Andres Perez.

In a 2011 indictment filed in New York, Carvajal was named as a key member of a Venezuelan drug cartel known as the Cartel of the Suns (Cartel de los Soles). The cartel was led by high-ranking military officers in Caracas, according to Hector Landaeta, author of the groundbreaking book "Chavismo, Narco-trafficking and the Military." U.S. officials allege the cartel bosses also wanted to use "cocaine as a weapon against the United States due to the adverse effects of the drug on individual users."

Another of the cartel's leaders, Diosdado Cabello, was sanctioned last year by the U.S. Treasury's Office of Foreign Assets Control. OFAC stated when announcing his inclusion on a sanctions list that Cabello had "personally profited from extortion, money laundering, and embezzlement," claiming he coordinated drug trafficking activities with President Maduro, who received substantial profits from the trade.

After coming out in support of Guaido in a video calling for Maduro's overthrow, 59-year-old Carvajal fled Venezuela by boat to the Dominican Republic in March, flying to Madrid in April.